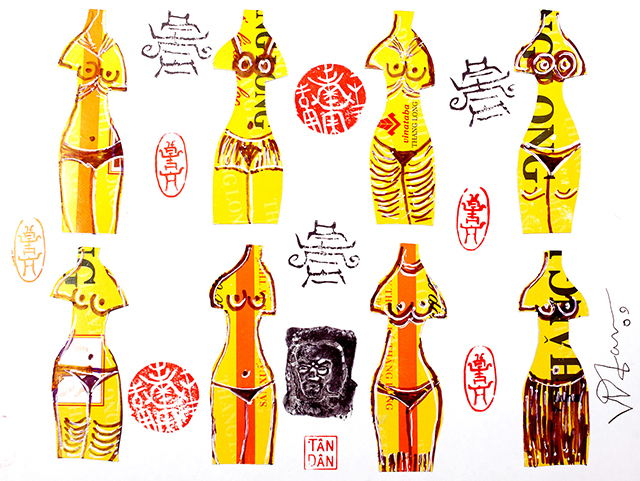 ‘Vu Dan Tan’s (b. 1946-2009, Hanoi, Vietnam) conceptual layers, iconographic quotation, non-literalism and critical sub-text opened a new chapter of art history in Vietnam, the artist a pioneer of the Southeast Asian avant-garde as regional artists move on from the teachings of Western modernism…. [his] quizzing of the meaning of art sprang from several sources, one of which his lack of conventional training. Vu, if highly educated, well-travelled, and knowledgable about Asian and European music, art and literature, did not attend art school.’*