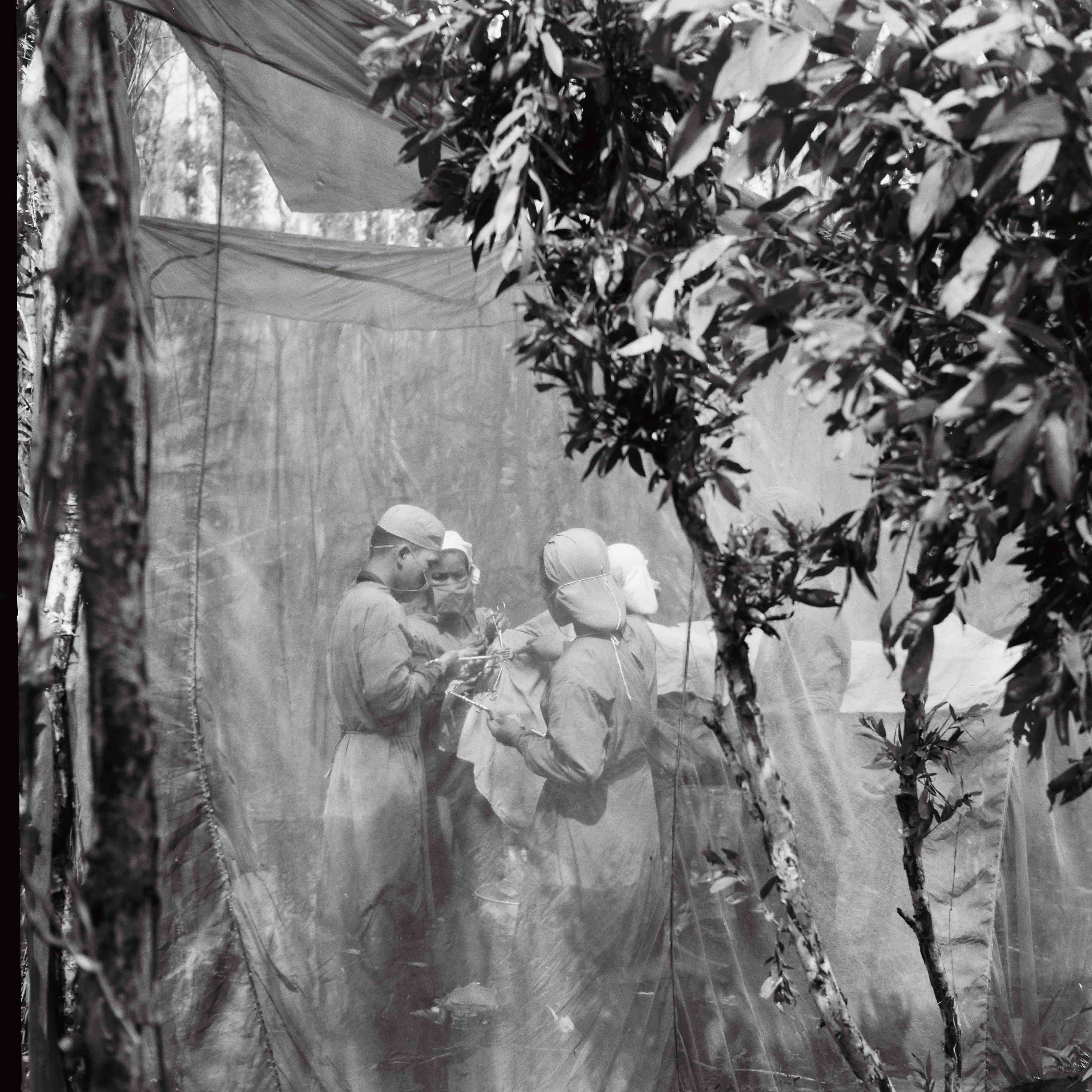 Võ An Khánh was born in 1936, in the village of Ninh Quới in Hồng Dân District, Bạc Liêu Province, south-western Vietnam. During the 1960s and early 1970s, he traveled with a guerrilla unit to document the front line of the Vietnamese resistance against the U.S. in the Cà Mau region. He also managed the Photography Department of the local revolutionary cause and documented events related to frontline music and dance events. Between the years 1962 and 1975, Võ An Khánh staged a photographic exhibition in the exceptionally challenging condition of mangrove forests. His two well-known photographs, ‘Mobile Military Medical Clinic’ and ‘Extra-curriculum Political Science Class,’ were included in this traveling show, which Võ An Khánh himself developed on the spot using natural light.

Võ An Khánh’s photographs have been included in the exhibition “Another Vietnam: Pictures of the War from the Other Side” in 2002 (co-organized by the International Centre for Photography, New York) and various other international and local exhibitions and publications.